Faces of Bhutan: the faint flame of the Dragon

There is a place where nature and religion have combined to turn a tiny Bhuddist kingdom into the worlds last Shangri-la. The Himalayan kingdom of Bhutan sat in isolation for thousands of years: they have no paved roads until the 1960s and launched television only in 1999. Until 1974, the kingdom was kept off-limits to foreigners. Their economy is based on the GNH, the "Gross National Happiness" indicator: this index measures people's quality of life and - as a result - Bhutan has been ranked internationally as one of  the happiest country in the world. Moreover, the country put environmental conservation at the heart of their internal policy: more than 50% of its land area is designated as protected in national parks, natural reserves and biological corridors while the 80% of the country is covered by natural forests. However, this idyllic paradise is extremely vulnerable and fragile, threatened by technological progress and by the western capitalism. The future result of an economy based entirely on the GNH concept, lies entirely over the Bhutanese who inhabit this small Himalayan kingdom. The photographic project aim is to deepen the knowledge of the Bhutanese people, focusing the attention on those who are living in the est of Bhutan, the most developed area of the country.
​All the photos were taken at Thimpu, Paro, Punakha, the Haa Valley & the Gantsay Valley 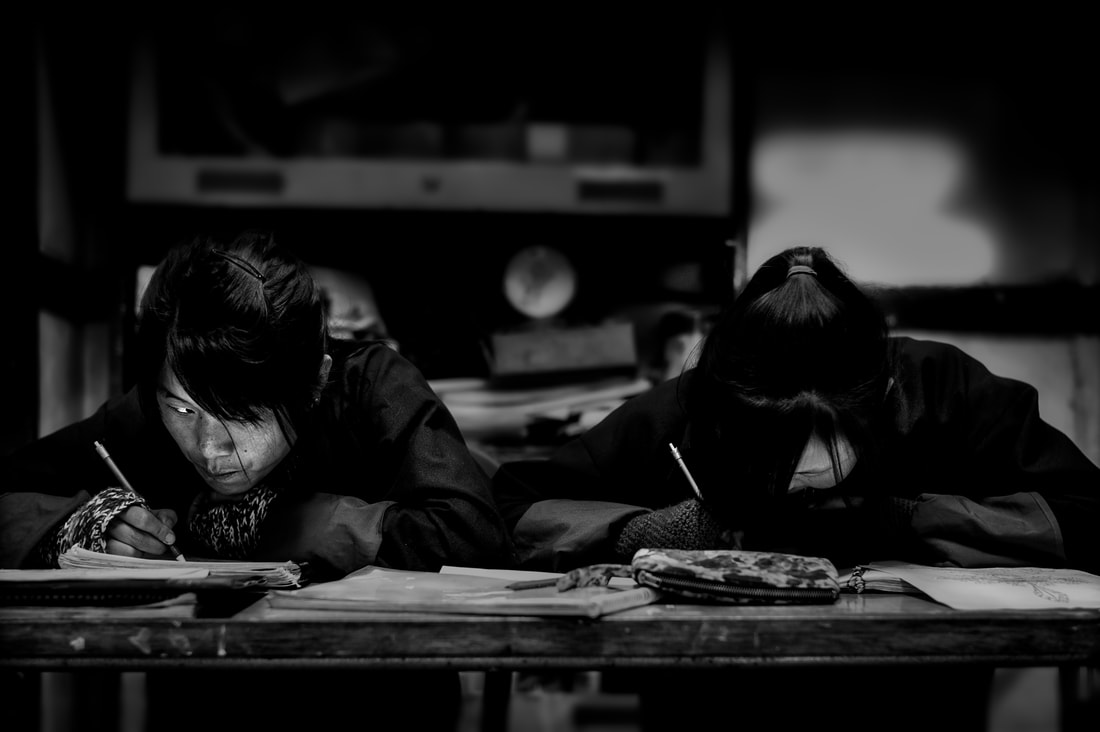 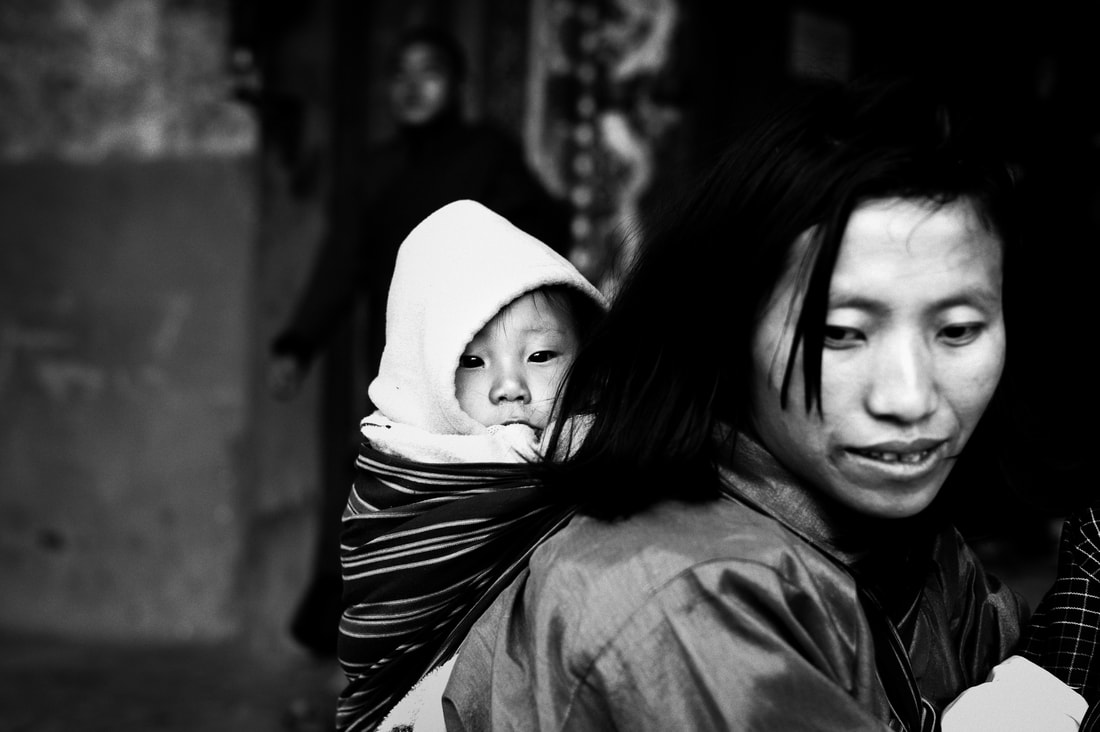 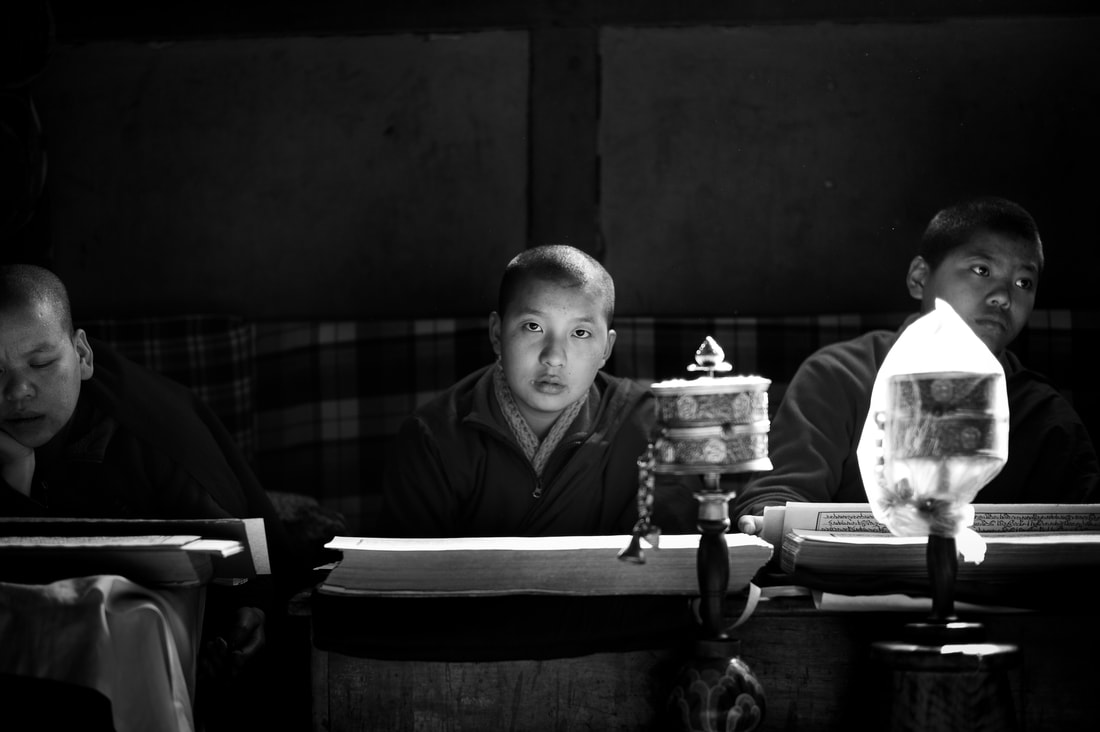 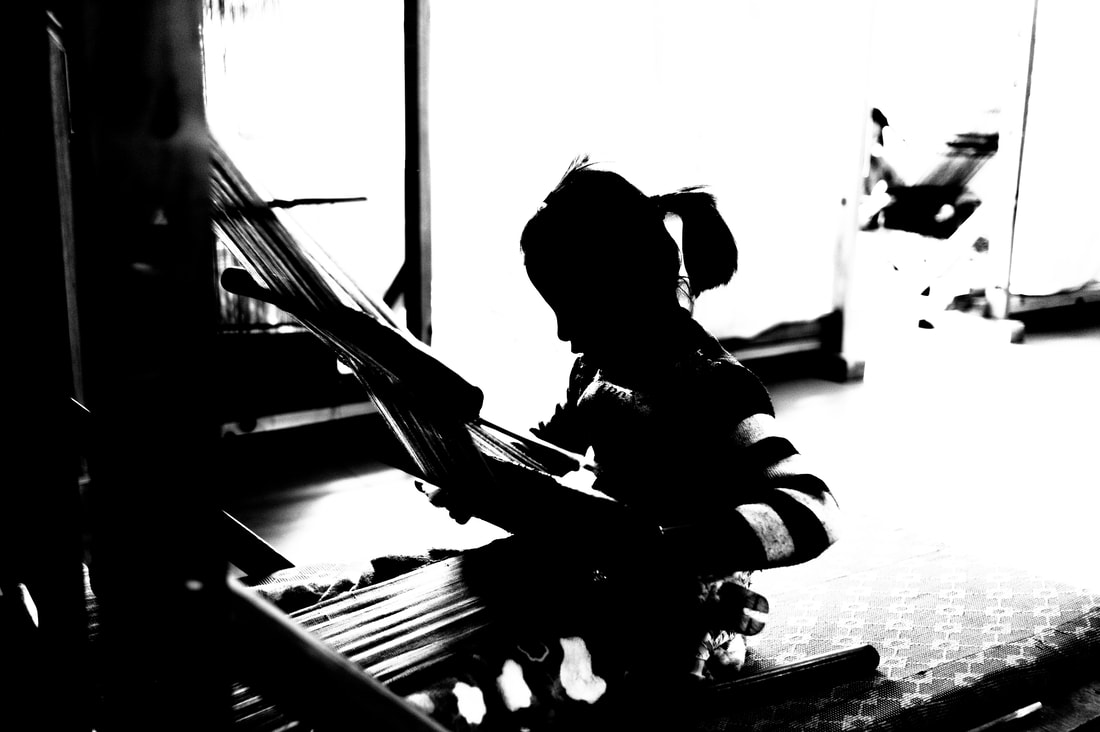